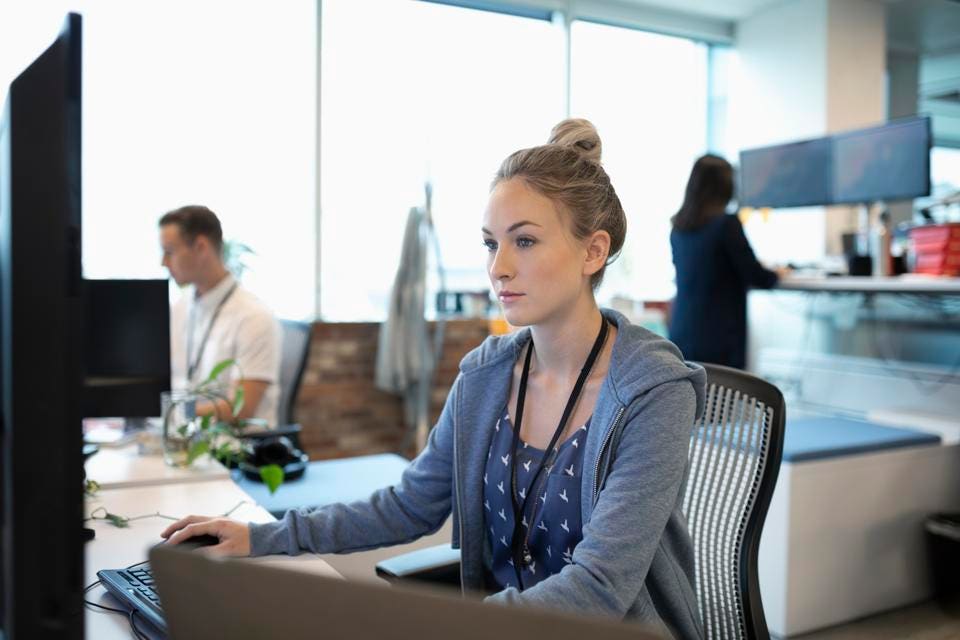 Most marketers have at least a passing familiarity with how artificial intelligence (AI) is used by various ad tech platforms to help put their content in front of their intended audience. It wouldn’t be a stretch to say AI-supported ad targeting is likely one of the only AI use cases the general public is familiar with thanks to years of being relentlessly chased by ads for products browsed weeks ago (the archetypal bad marketing example).
Some recent emerging case studies and trends suggest there are a few more AI marketing use cases that are migrating from being just hypothetically promising to delivering actual results for companies. Augmented reality (AR), chatbots and copywriting are three of the more interesting examples worth highlighting.
Augmented Reality
Although there had been many prior attempts at commercializing augmented reality, the tipping point arguably came with 2016’s Pokemon Go. Getting people outside wasn’t the only benefit. The app has generated more than $2.45 billion in revenue since its release, according to a March 2019 report by Variety. For advertisers, Pokemon Go was proof that there was a massive audience waiting for relevant and engaging augmented reality technology. Not to mention, the revenues generated by Pokemon Go probably helped smooth many budgeting conversations for teams sitting on the AR sidelines waiting for proof of commercial viability.
Home improvement brands began leading the way in terms of testing AR a couple of years ago. Apps from companies like Home Depot allowed people to see how various rooms in their home would look with different paint colors. CPG companies are starting to increase their presence here as well. L’Oreal received 3.5 million app downloads within a year for its “Style My Hair” AR features that allow users to virtually try out different hairstyles and colors.
Chatbots
Hype precedes reality with most technologies. Chatbots are no exception, with companies like Gartner predicting back in 2016 that people would have more conversations with bots than with their spouses by 2020. That may have been a bit of a stretch since we’re now solidly in the second half of 2019 and most couples I know still communicate with each other more than virtual robots. That said, the results some companies are getting with chatbots are proving to be more than just earnest optimism.
Take Amtrak for instance. Its chatbot, Julie, answers more than 5 million questions a year and has helped increase booking rates by 25%. And the use cases for chatbots are expanding beyond just basic customer service. For example, Duolingo uses bots to help users practice new languages without having to wait to partner up with other users.
I suspect many of these chatbots out there are currently just extended decision trees parsed via some hard-coded keywords. But the growing chatbot ecosystem will undoubtedly rely more heavily on natural language processing (among other technologies) as use cases proliferate and user expectations increase.
Copywriting
David Ogilvy once wrote, “What you say in advertising is more important than how you say it.” One of the greatest ad men of all time probably never thought that one day machines would be both the “how” and “what” of copywriting. A number of companies have been using AI to help parse and analyze copy, but we’re now reaching a point where the algorithms are being used to generate actual copy. And we’re not talking just simple copy or automated suggestions.
According to JPMorgan Chase, some of its automated copy tests have started showing that these algorithms are writing copy that performs better than those written by humans. The technology looks like it’s just limited to a few pilots for now, but the promising results lend well to opportunities to scale more widely in the coming years.
New Opportunities Await
As with all new and emerging technology, it can be tough to discern between hype and reality when it comes to AI claims. For years, it seemed like most use cases for artificial intelligence within the marketing space had been like going to your local bar’s steak night: What you end up with is often more sizzle than meat. But the cases explored above suggest that we may be reaching a point where hype and reality are not so far apart.
It’s an exciting time to be a tech-centric marketer.
[“source=forbes”]