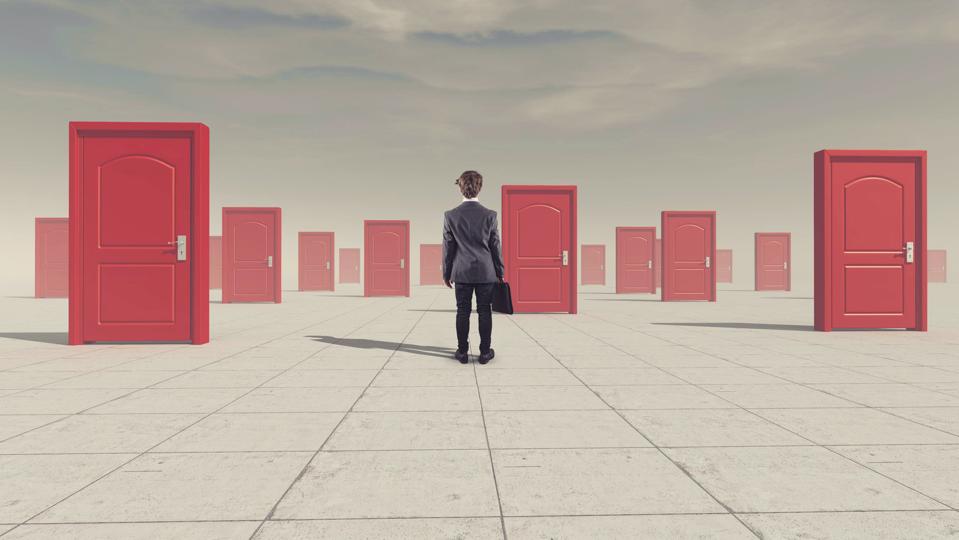 I am fortunate to be surrounded by extremely talented MBA students at Darden who often, because of their past performance and potential—and the strength of the Darden MBA program (ok, so I’m a little biased but the rankings support this)—are afforded the very best job opportunities. And every year, I watch students go through the same agonizing process trying to pick between great company A, great company B, and great company C. As they grapple with this decision, I often get a number of students who ask the following question: “which company is the best / top company”. A variant of this question is: “which company will enable me to make the most money or achieve the most career success”. Students are desperate to make the “right” decision and choosing between options seems to make them feel as if one is right and the others are wrong.

Several years ago, I wrote an open letter to students interested in marketing. It has been well received and a number of CMO-aspiring marketers have reached out. I decided to write another open letter specifically about this difficult—and for some, agonizing—decision.

Here is my advice. Take it for what it is worth. It is one person’s opinion, albeit informed by having done a lot of research on C-level marketers—and having been a former CMO / GM.

What drives success? In my opinion, it is about enjoying the work, enjoying the people, and enjoying the culture. When those three things happen, you bounce out of bed and look forward to the day. You bring a better attitude into work, smile more, and will want to work harder. And when that happens, you get more done and do it in a way that makes others want to work with you (and promote you). In general, all of the students who make it through a top MBA program filter are competent. What varies? The work ethic. The commitment. The attitude. The approach to interacting with others. And the ability to be grateful for opportunities, coaching, and counsel—and accepting such with grace.

Thus, the “right” path is dependent on you. There is a lot of peer pressure to go a certain direction or go to the “right” company (some fabricated ranking created by the student population which rarely resembles reality). This doesn’t make sense to me. Students aren’t all the same and what makes one person tick isn’t the same as the other. The type of work, people, and culture that inspires one person can mute another. So the first piece of advice is to put on earmuffs and drown out the pressure and the noise. It pushes you to conform to the masses and minimizes your own needs.

I share a story to highlight how not following the masses can be very effective (I call this “zagging” when everybody else is “zigging”). At one point in my career, I was interviewing with the CEO for a position at his firm. He had an undergrad degree and no MBA. He was exceptionally wealthy. Out of his undergrad, he had two key offers. One was at Jewel Grocers in a management training program and one was from Procter & Gamble – he chose Jewel. Surprised, because many would “rank” P&G as a better training program than Jewel, I asked him why he chose Jewel. His answer: “Because all of the smart kids went to P&G and I thought I could stand out at Jewel.” At the time, I thought it was a really interesting answer and obviously a successful choice. He told me the firm excited him and given his career aspirations, he believed that it was a “better fit”.

And this is the key to picking the right company. Find the one where you fit the best. The work, the people, and the culture. Out of graduate school, I found myself choosing between two companies—one which had a better reputation for developing finance-focused general managers (which was more of my emphasis) and one where I really liked the people and the culture. The work at both firms excited me, but I sensed that my working style would fit in better at one firm—that I would be more accepted—and thus, likely have better success. I chose the latter firm. And from the very first day, I loved working for the company (which happened to be Procter & Gamble). When I now look back on the decision, both companies were great companies. And yet, I somehow felt the need to figure out which one was “ranked” as the better company. Somehow, with the right guidance and “gut” instinct, I found my “right fit” and ignored the noise. And I now realize how silly this ranking was. Both companies were highly rated. The “right” one was the best one for me.

Thus, the only “right” company for each of you is an individual decision. Which firm is the best fit for your skills, your talent, and your style? That, then, is the best firm for you. Where do you feel most comfortable when you are around the people? And which description of the work gets you most excited? Be careful of the noise and the pressure. This isn’t to say that there won’t be tough patches or times when you get burdened with a really bad boss. These things happen. But if you focus on finding the place where you fit best, you will have a better chance at being happy.

Another story. This year, I was talking with a student who was agonizing over a decision. One option was a non-traditional, big impact leadership role in a function that rarely recruits from MBA programs. The other option was a traditional, highly respected choice that 99% of students would choose because of the name of the company. When I listened to the student describe the jobs, it was obvious which one excited her—the first. But the pressure to conform was creating noise that was preventing her from seeing it. I asked her to take time alone and write down what mattered most to her in a job and which option best delivered on those factors. A few days later she accepted the first job and in her email to me, she said: “I couldn’t be happier with my decision and I’m so excited to get started.” This is how you want to feel after you’ve made your decision.

On a separate note, I admonish recruiters for somehow thinking that there is a difference in potential between candidate #5 and candidate #6. I remind them that top MBA schools have done the work – you all are capable and competent. Some students are better at learning the “language of interviewing” faster but that does not correlate with intellect or potential. And recruiters act as if it does. I have suggested they shift their interviews to focus almost exclusively on fit. Find the people who will work well within the system, love the work, and love the company. Trying to discriminate and rank you seems like a fool’s errand.

However, the opposite is true as well. All companies who recruit at Darden (and most MBA programs) are generally exceptional – they are the top 5%. Trying to determine a rank order is a bit silly. The one that is the best is the one where you will fit in the best. So when decision-making time comes and you are agonizing over top tier company A or top tier company B, remember that both are top tier. The best one is the one where you think the environment will activate your potential.

Lastly, and this may be the most important point. Failure comes to those who don’t commit. A philosophy I had when making decisions in business and in my career was to consider all of the information but then make a decision…and commit to making it the right decision. It took me 5 years to consider leaving practice to get a PhD and become a professor (not a normal decision timeline but given that the cost of such a decision was millions of dollars in forgone income, I though it was important to fully consider it), but when I did, I never looked back or considered alternative options. I gave everything I had to making the move a success. The young professionals who struggle do so because of FOMO – they constantly reassess their decision and question whether they made the right move. This is unproductive at best. At worst, it becomes a self-fulfilling prophecy where the company invites you to leave because they know your heart isn’t into the job. Once you’ve made your decision, give everything you have to making it the right decision.

Last story. A few years ago, I had a student who was an exceptional strategic thinker. He really wanted to work for Nike, and so he threw almost all of his eggs into the Nike basket. It was a bad year for Nike (a number of issues) and after going several rounds of interviews with Nike, they told him there was a freeze on hiring. At this point, it was late in the year. He had one other job offer working at a company that many have not heard of (although it is a multi-billion dollar firm) as the Corporate Strategy Manager, working directly with the CEO on special projects. The student was somewhat dejected because the company name wasn’t a big, flashy, fancy name. But when we talked about the work and the learning he would get by sitting next to and observing the CEO, the excitement started growing. I asked him if he aspired to be a CEO. He said yes. I asked him how many 30-year-olds get to apprentice for a CEO. And how about at a successful, multi-billion dollar firm? We knew of none. By the time he left school, he was fully committed to excelling in this somewhat unusual opportunity. Where is he now? He has taken a CEO position with a roughly $70 million company and he is really grateful for the learning and opportunity he had at the first firm, which enabled him to successfully earn this new role.

I realize this is long-winded, but as I watch top talent agonize over top tier options and worry that there is one path that is far better than another, I wanted to provide some perspective on what may seem to feel like a “make-or-break” decision. In many cases it isn’t. Many paths can lead to success when you commit. But the one which may make you happiest is the one in which you feel like you fit the best. The challenge? The noise and pressure that you may feel from a number of different places. If you can drown out the noise, and figure out the one where you will are energized, where you like the work, the people, and the culture… the rest will follow (hint: remember that any company who really wants you is a blessing).

Best of luck in your job search!