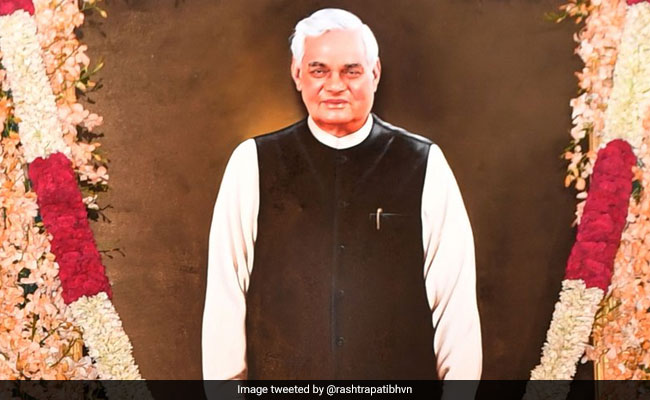 Former prime minister Atal Bihari Vajpayee spent a large part of his long political career in the opposition but never deviated from his ideology, Prime Minister Narendra Modi said at the unveiling of a portrait of the iconic BJP leader in Parliament House on Tuesday.

The life-size portrait was unveiled by President Ram Nath Kovind in the Central Hall of Parliament House.

In his tribute to the former prime minister, PM Modi said talking about the greatness of Atal Bihari Vajpayee would take “hours and hours”.

“From now, Atal Ji will be forever in the Parliament’s Central Hall, inspiring us and blessing us. Atal Ji had a long political career, a large part of that career was spent in Opposition. Yet, he continued raising issues of public interest and never ever deviated from his ideology,” the Prime Minister said.

He died on August 16 last year at 93 years after a prolonged illness. PM Modi walked four km with the veteran’s funeral procession in Delhi.